Boats by Finegan Kruckemeyer. UK premiere performance staged at the National Museum of the Royal Navy's Portsmouth Historic Dockyard. Promenade site-specific performance aboard the HMS M.33, a WWI-era ship launched in 1915 & one of only a few ships to have survived Gallipoli that is still intact. Boats premiered on the 104th anniversary of the launch of the HMS M.33.
Directed by Erika Hughes.
Designed by Victoria Holman,
Installation by Rocio von Jungenfeld. 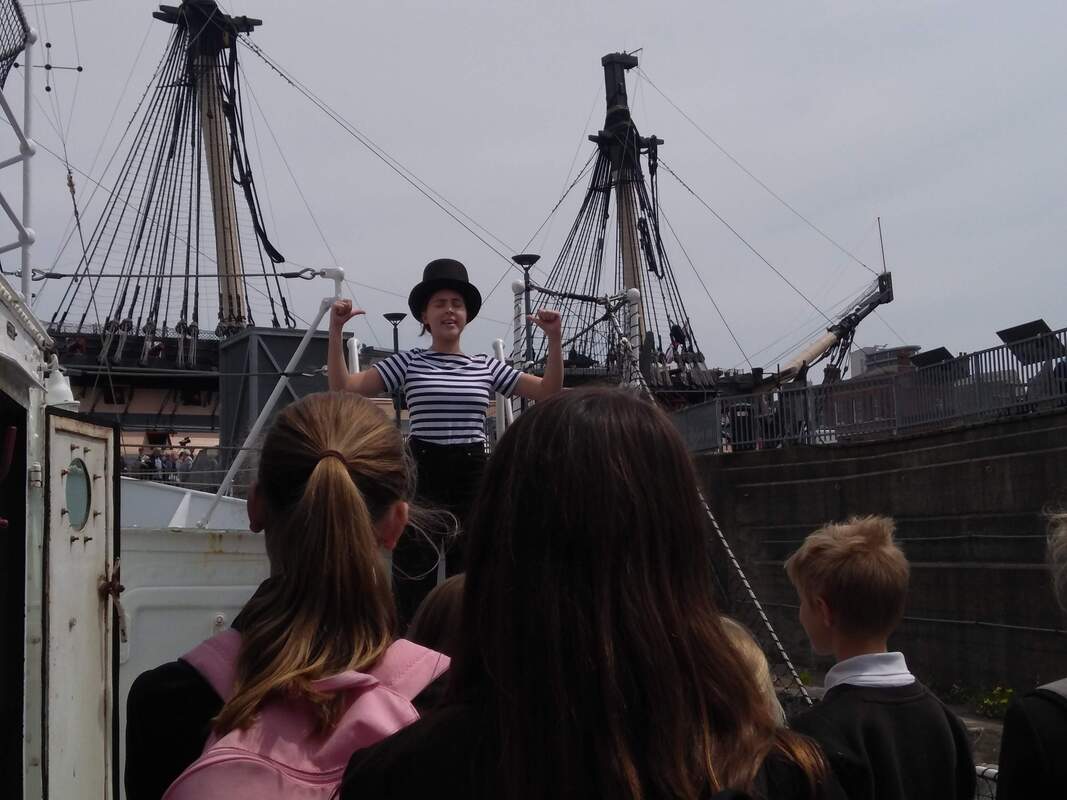 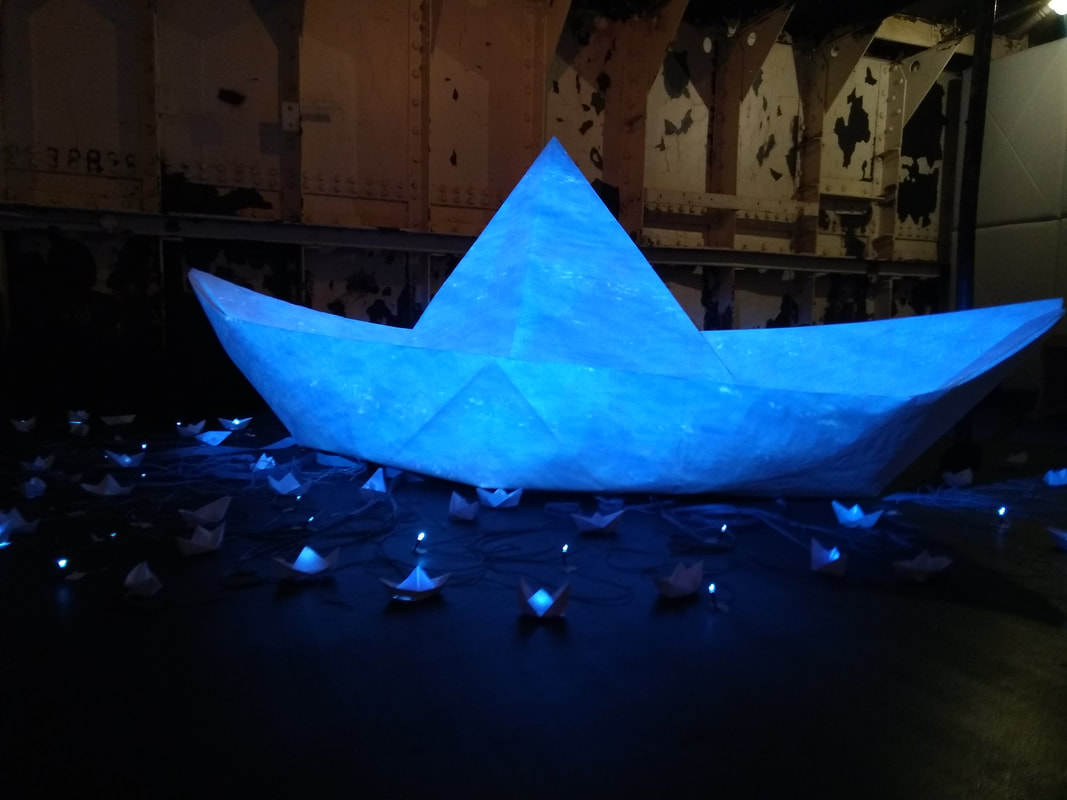 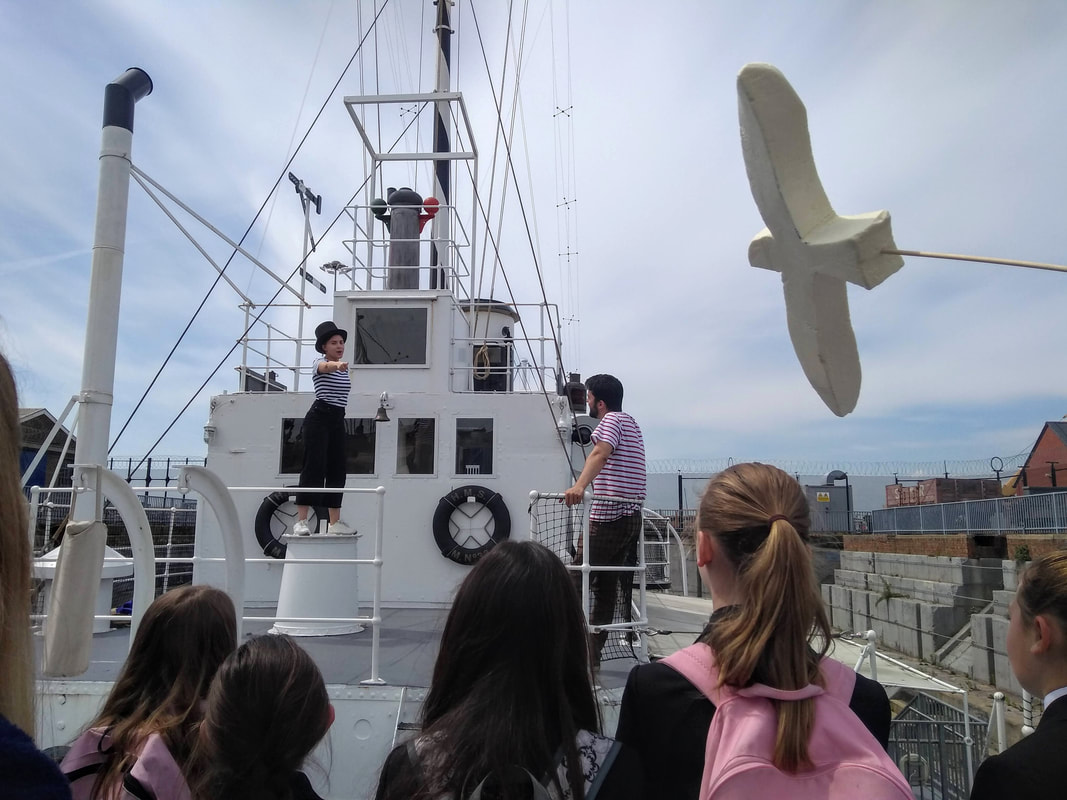 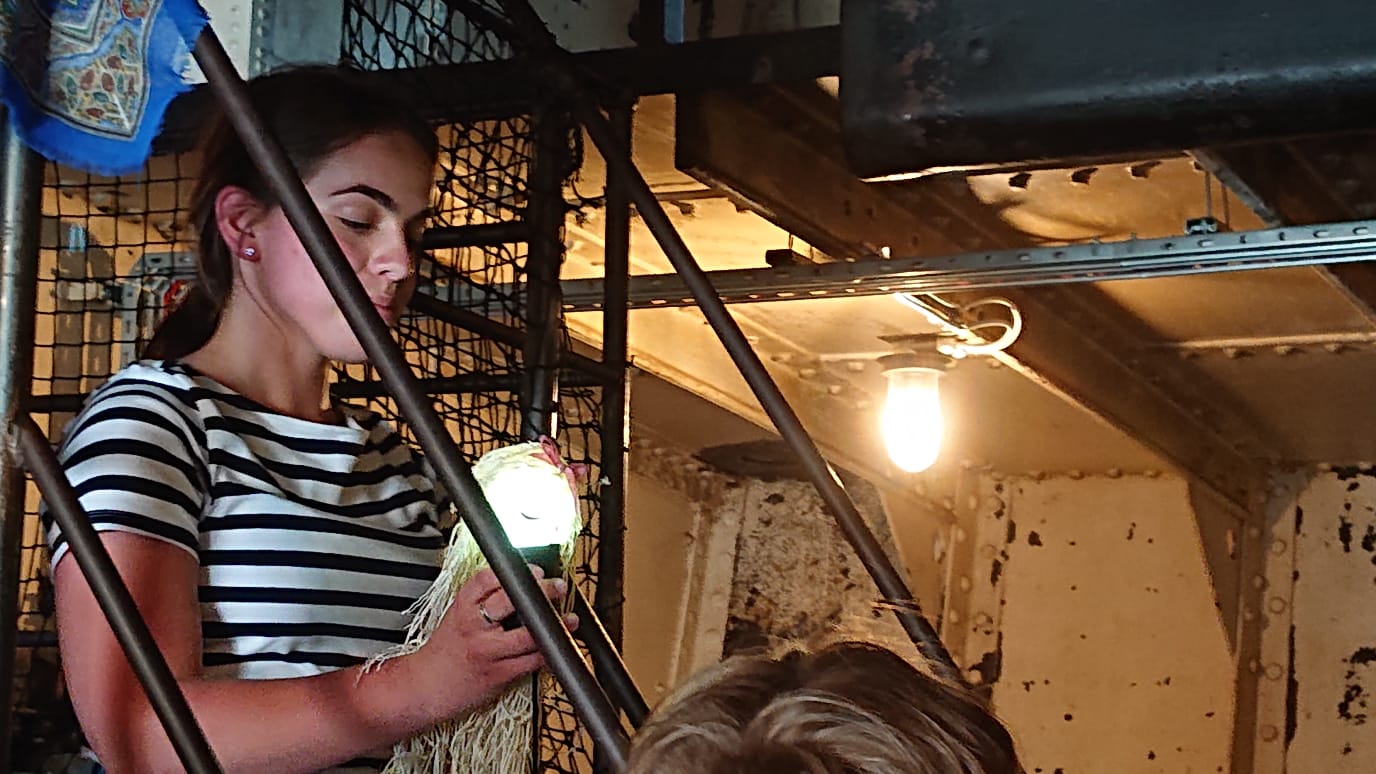 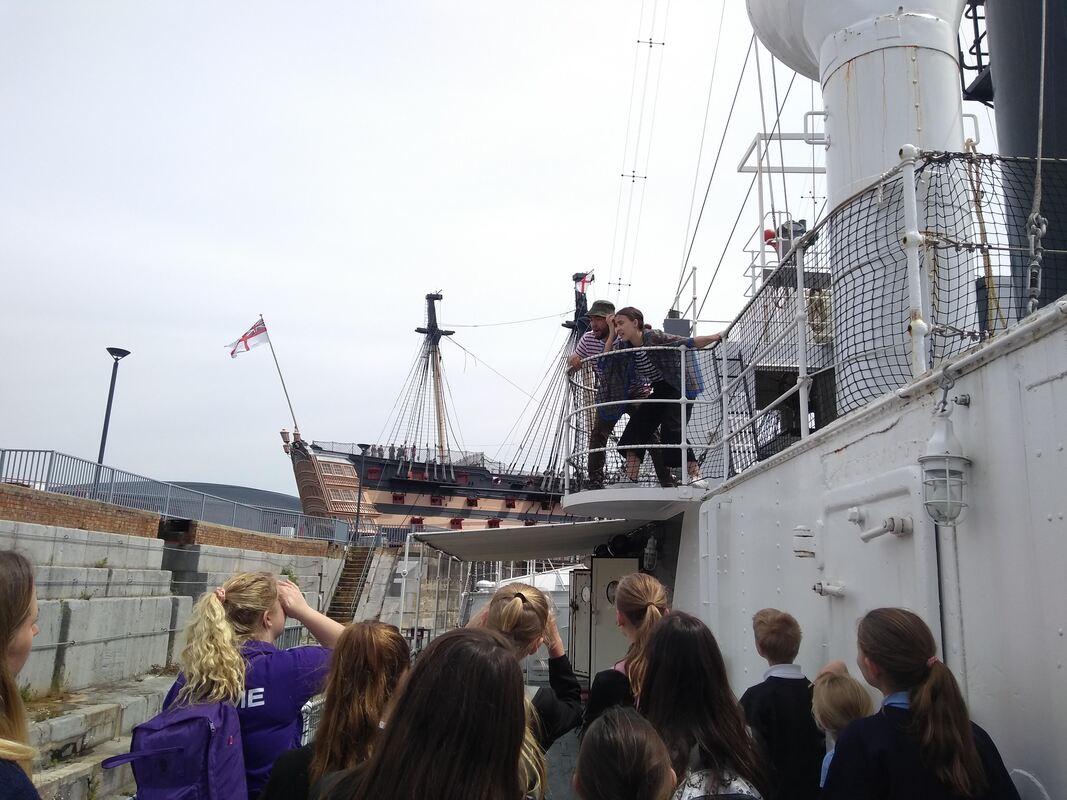 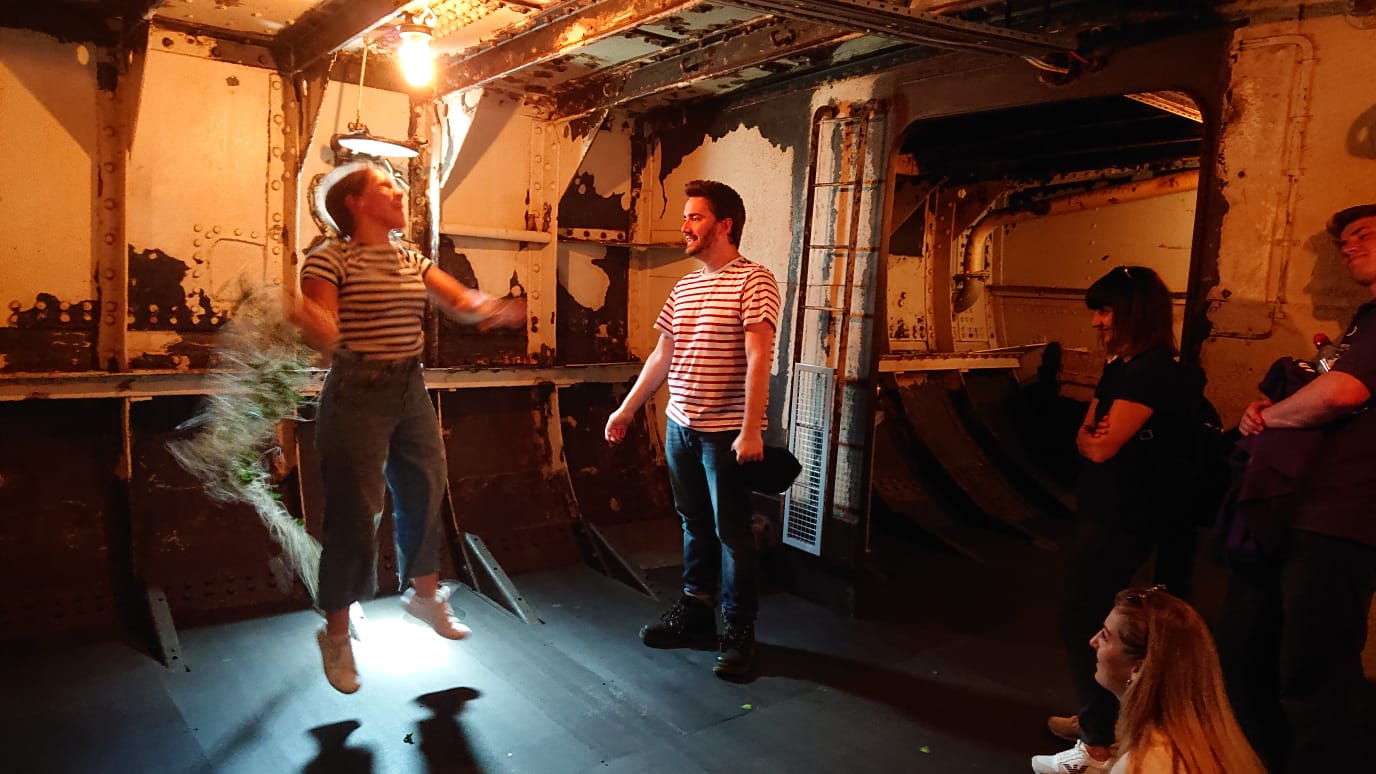