Beneath explores the incredible world underneath the Earth's surface. Written in collaboration with an internationally renowned team of planetary scientists, Beneath was originally staged in the Marston Exploration Theater, a Tempe, AZ planetarium that uses Definite SkySkan Planetarium technology and 4K projection systems. The cast was comprised of professional actors and planetary scientists who were also belly dancers, ballet dancers, and a bassist - moved within a series of 3D projections depicting the moving and shifting forces below our feet. ​Premiered in May 2017.  Available for touring in 2D and 3D.

Listen to an interview with Erika Hughes and Lance Gharavi on Phoenix NPR affiliate KJZZ here. 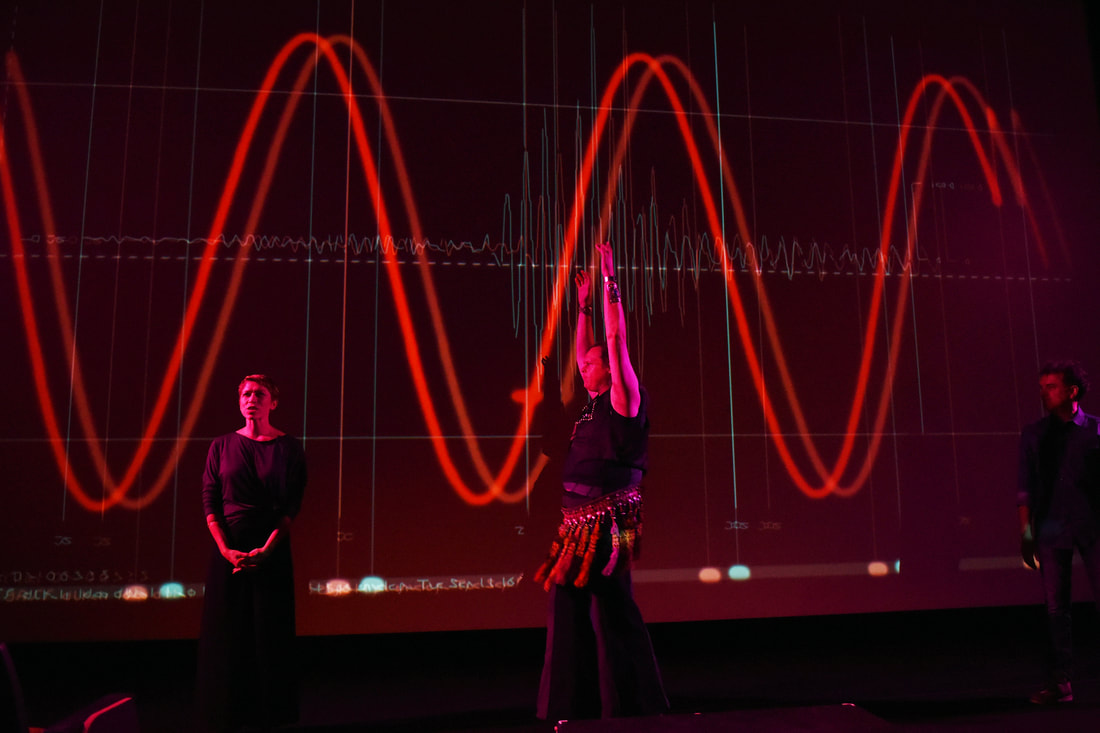 Interviews with scientists and design team:

Beneath from ASU Now on Vimeo.