The Veterans Project is an international performance-oral history research initiative that uses performance to foster dialogue among military veterans and the civilian communities in which they live. Since 2013 The Veterans Project has been performed over ten times in the US and UK, with veterans from the US Army, US Navy, US Marine Corps, US Air Force, Royal Army, and Royal Air Force. The veterans have served in conflicts ranging from Vietnam to Kosovo, Iraq, Afghanistan, and the Falkland Islands.

This performance series has also been profiled in Digital Media, Projection Design, and Technology for the Theatre (Routledge, 2018) by Alex Oliszewski, Daniel Fine, and Daniel Roth.
Image from The Veterans Project performance, November 2015, Tempe AZ: 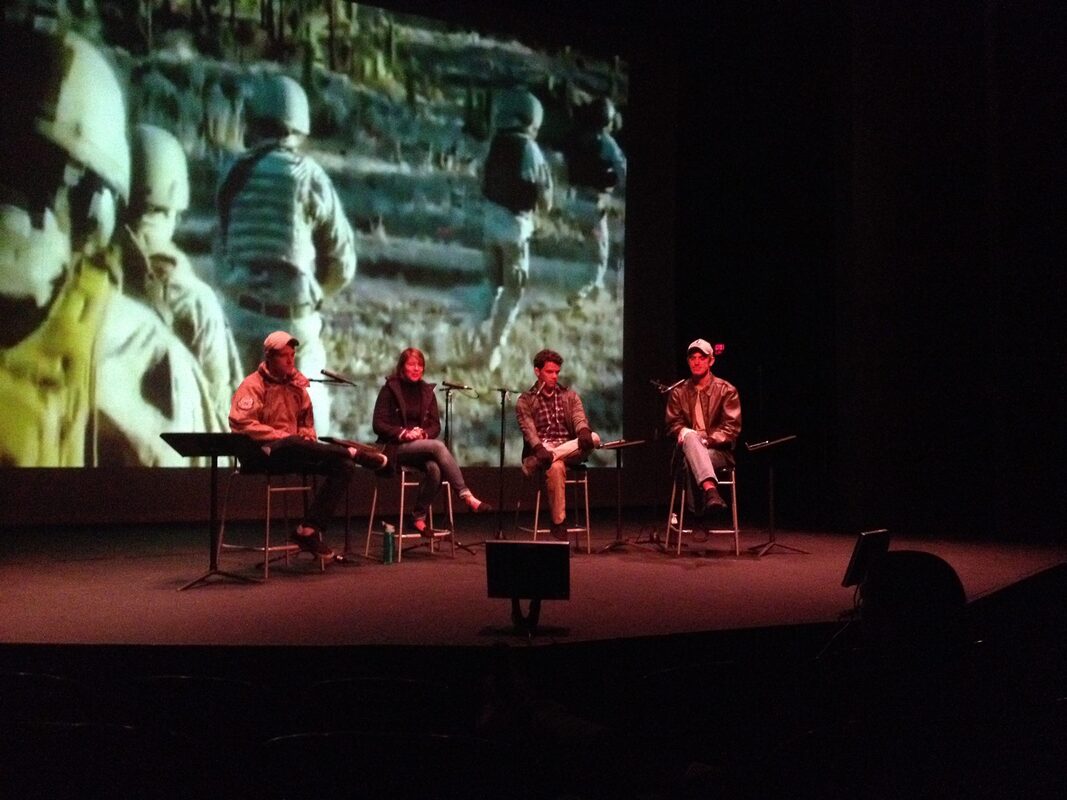 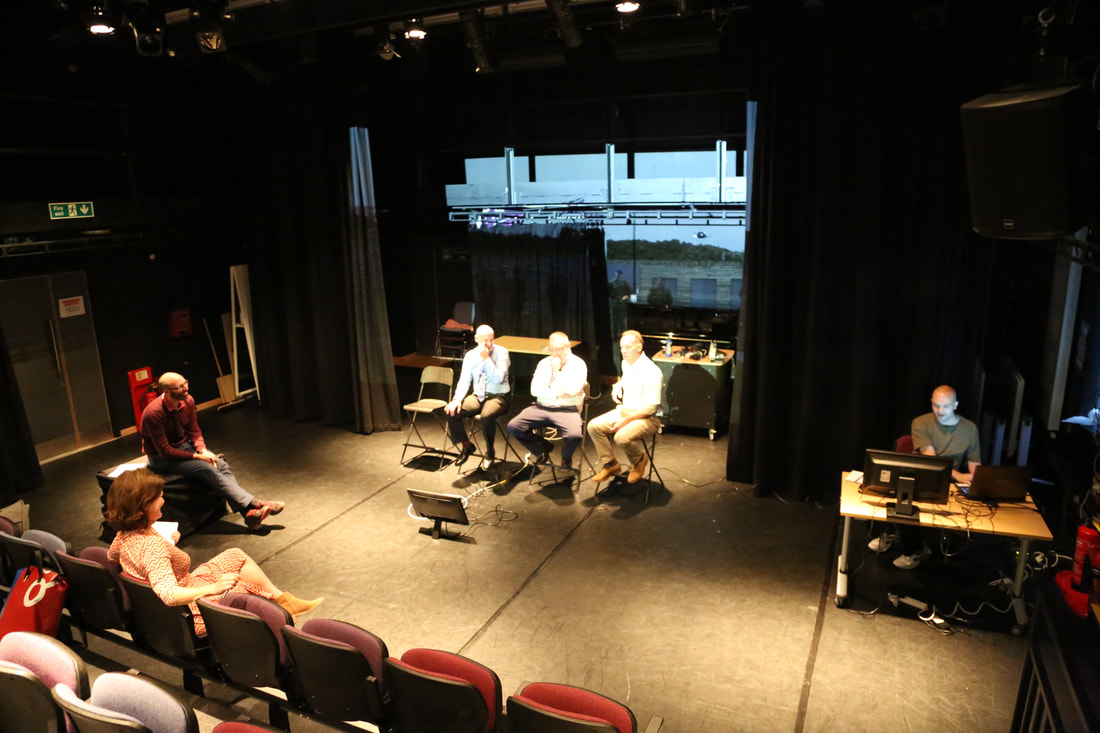